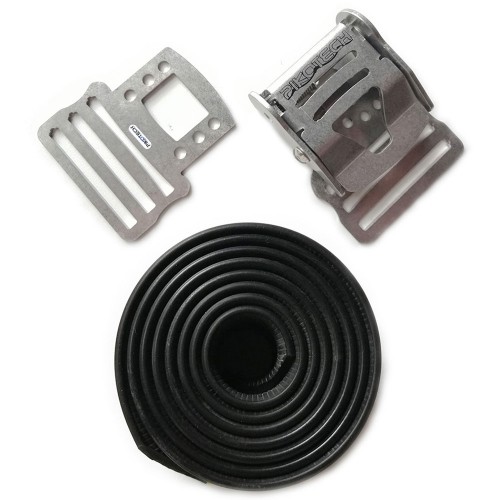 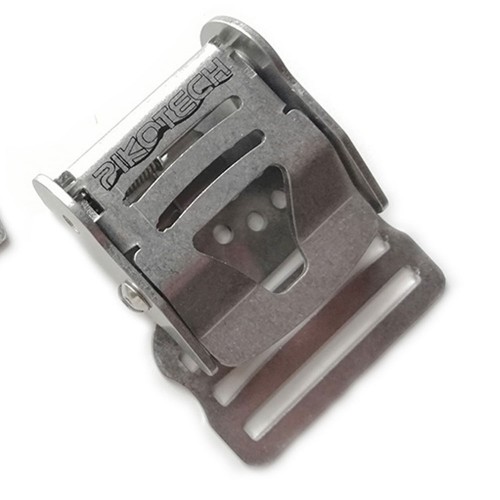 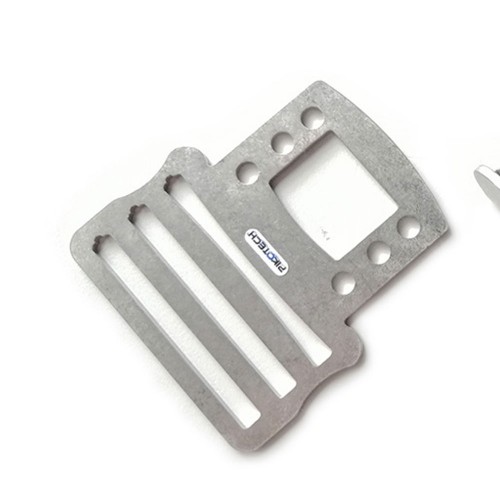 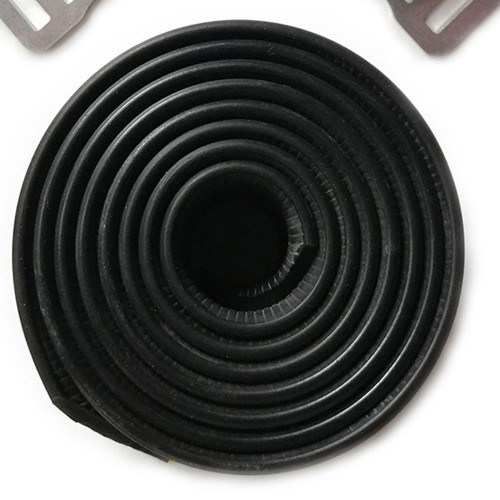 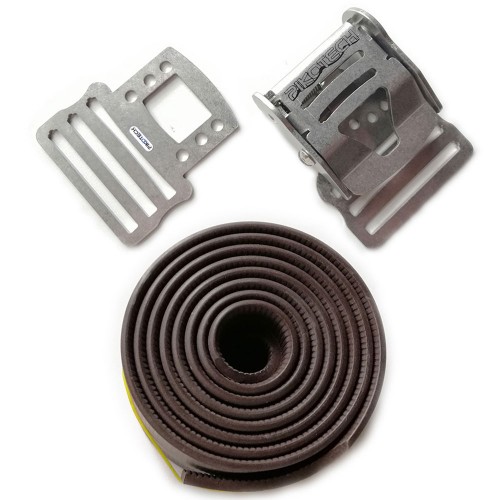 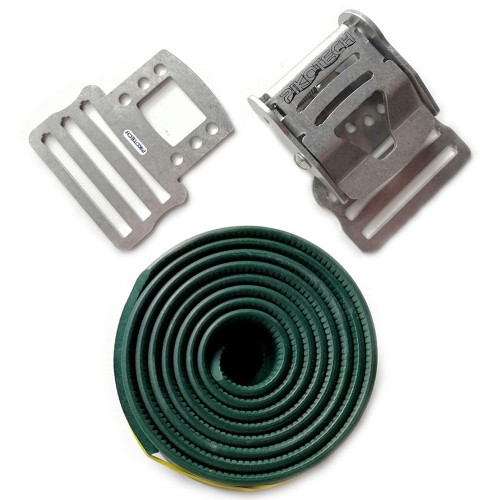 Quick release system consisting of a quick coupling buckle and a central release body.
Made of aisi 316L stainless steel for marine use, it has an attachment / release system similar to that of seat belts in airplanes.
Can be mounted with rubber belts up to 5mm thick.
The quick release guarantees safety for the diver or ease of maneuvering for his rescuer in case of emergency.
Furthermore, the particular system of rubber loops allows not to have protruding parts of the belt outside the silhouette of the fisherman, avoiding possible grip areas on the seabed and increasing the hydrodynamics in ascent.
The pivoting part of the buckle is recessed inside the frame, in such a way as to avoid accidental opening due to impacts on the roughness of the backdrop.
Supplied with single belt coupling.
It also includes a 1.3 meter section of black elastic belt, 3.5 mm thick, knurled on one side and smooth on the other.
The knurled part, in contact with the diver's suit, increases friction and grip. 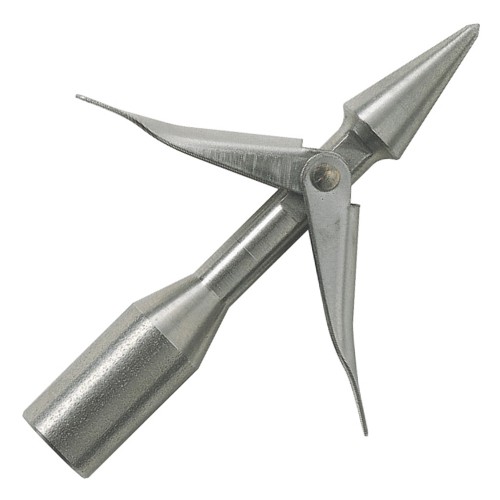 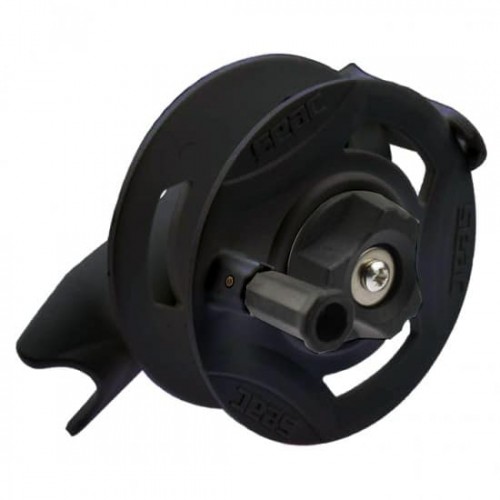 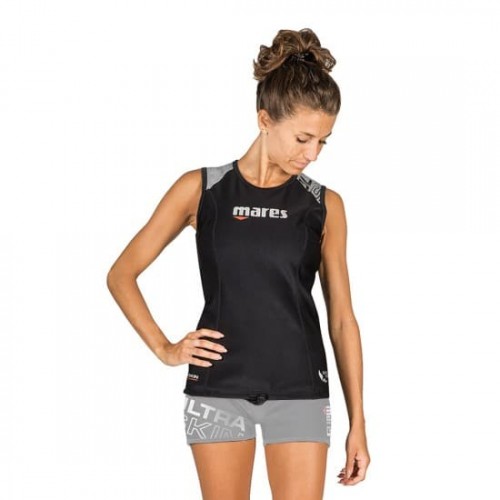 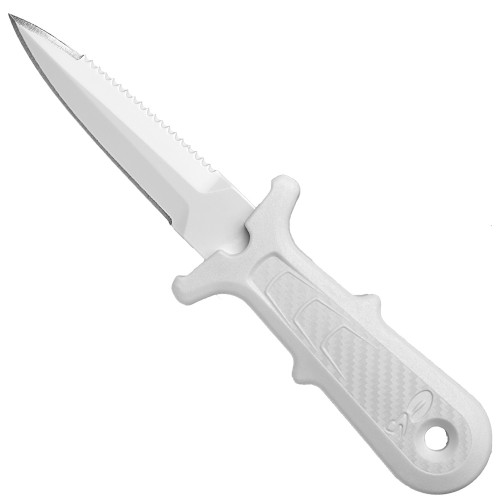